Better Than Sitting Around the House Doing Nothing

The most wasted of all days is one without laughter. ~e.e. cummings 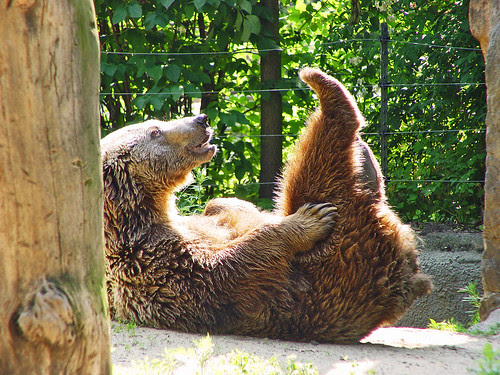 Photo by Tambako the Jaguar

Two old men met on the street, walking in opposite directions. The elder of the two walked with a purpose, out for his daily routine. The second man moved slowly, as if his mind was elsewhere, not noticing his approaching friend until the elder said,

"How are you, Ben? Does the doctor have you walking now?"

The younger man replied: "No, I'm doing well. I just needed to get out of the house for a while."

Knowing that his friend's son had moved back into the homeplace a few months ago, the first man speculated that was the cause for his friend's uncharacteristic trek.

Thinking talking might help, he asked, "And how's your son? Is he still unemployed?"

"Yes, he is. But he is meditating now,” Ben replied, smiling, as if feeling some pride.

"Meditating? What's that?"
The smile only partially left Ben’s face, being somewhat replaced with the same quizzical expression that he wore when his friend started the conversation. "You know, Cyrus, I don’t know. But for some reason I feel better about it than having him sitting around the house and doing nothing!"
Please submit your favorite funny joke, image, video, or audio to be featured here (along with a short bio and links to your website) to kathmandau at cgwalters dot com
If you are enjoying the features of CG's blog, get future installments sent directly to your email or reader via RSS feed.
Posted by CG Walters at 4:53 PM