One's own self is well hidden from one's own self; of all mines of treasure, one's own is the last to be dug up.--Friedrich Nietzsche 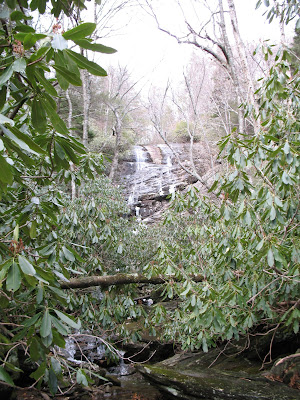 Yesterday I took only a short walk (4 hrs) up the mountain, checking in on some of my old trails that I had not visited for nearly two years.

I had a steady climb up an old mountain road, until I decided to temporarily drop down to check on a water on the a higher point of White Oak Creek than I have shown before. 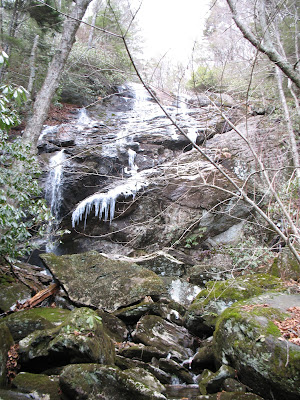 As I had no aspiration of trying to have a mountain named after me (Elisha Mitchell), I climbed through the thicket around the waterfall—which, though steep and thick with bushes, offered its own beauty. 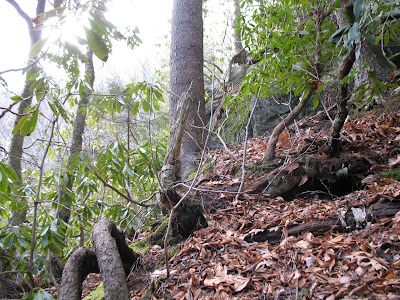 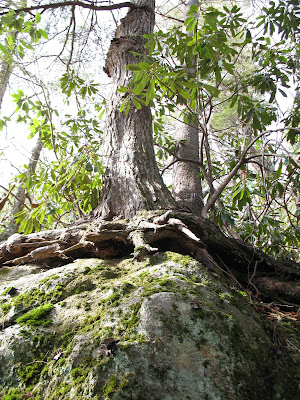 *** I have a fascination with trees perched on top of large stones (where there seems to be far too little soil for them) I am looking for just the perfect picture of conjunction of living and ‘non-living’ entity. I plan to use it on the cover of my next book (collection of maxims), Strike a Chord of Silence.

This picture is too cluttered and the stone is not distinctive enough. 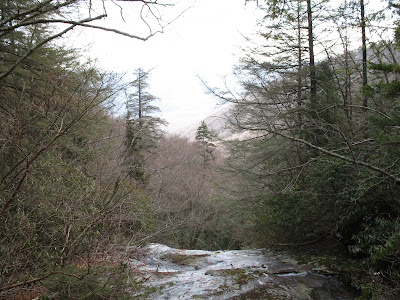 I reconnected with the trail and continued up until it ended, where I started to follow rock outcroppings, animal trails, etc. until I could connect with a trail on Burnt Ridge, which I sometimes take to the top of the . For a time I had to just walk the side of the mountain, without aid of any trail, knowing that I would (in time) contact the trail I sought.

While on this little trek, I encountered some beautiful slabs of stone rising up 20-30 feet, some leaning against each other. When I came upon them, I immediately wanted to take pictures, but got the feeling I should not. The wind began to pick up a bit and I felt my first threat of rain (which was not forecasted to happen until night).

I found the Burnt Ridge Trail and took a shot of the horizon. 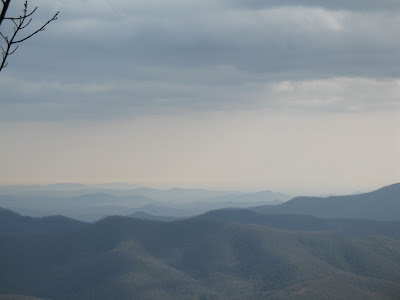 In a bit of mist, I headed home, earlier than I planned, but got a couple of nice pictures while looking for a place called “Raven Rock.” 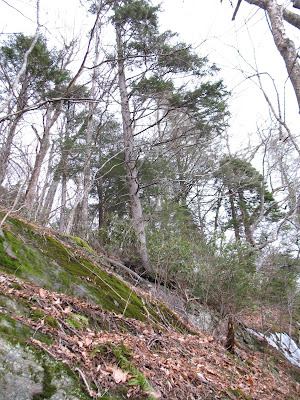 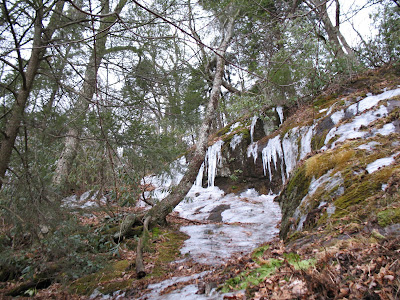 The mountain did take a token gift—as usual for traveling through the thickets—an extra shirt I had threaded through the straps of my packs. Initially it had taken the mouth-piece for my CamelBak (Hands-Free Hydration System), but I asked for it back, and it was given back.I was not surprise when something was later required in trade.

C.G. Walters primarily writes fiction that focuses on the multidimensionality of our loves and our lives. Visit me in January 2009 Featured Member -- C.G. Walters