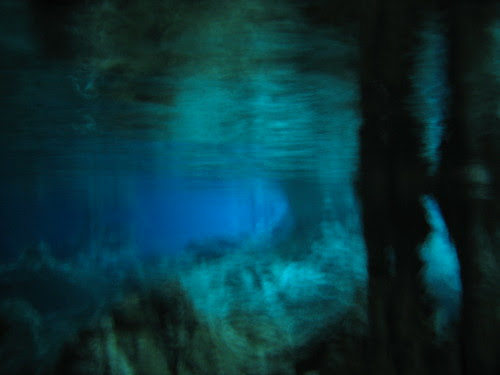 Sacred Vow is a metaphysical novel about a man who responds to the mysterious call of a woman, opening the way to redefinition of both himself and his understanding of the world around him. He takes his first steps on a journey to accept the world around him as a place to live, not simply a place to survive day-to-day. Sacred Vow is both a narrative and the means for the author to communicate a positive message about life and fully integrating the most into each moment. Highly recommended—Midwest Book Review

He waited patiently for images to appear, hoping he was in time to help Katerina retrieve her baby. Transition between consciousness in Ian’s physical world and his parallel lives had been taking longer recently. But after a few minutes of nothing, he could not remain patient.

“Come on,” Ian tried to scream, “before he hurts her!”

He heard no scream, felt no sensation in his vocal cords. Instead, he felt a physical—or at least neural—sensation of something being drained from him—whatever he was in that dark place.

The sensory deprivation under this shroud of absolute black was both internal and external. His mind twisted about, trying to cope with no sensations at all. It soon became uncomfortably obvious to Ian that his mind had never before been without some form of sensory input. Even when one is asleep there is a steady flow of messages, if only from the body’s involuntary functions.

Ian wondered what his body was doing. He had never been aware of any bodily sensations from his primary reality when visiting before, but this was not one of the ordinary reality shifts. In a usual shift, it was possible, Ian imagined, that he continued to receive messages from his body back home but was always distracted because of what was happening in the visit. He seemed now to be lost somewhere between his primary reality and the place he hoped he would visit soon.

Or, he thought, maybe this place is just a different reality, one that I’m having a harder time than usual comprehending. Maybe I just have to let go of my preconceived expectations.

It dawned on Ian that this place might not have been where he originally intended to go, but Katerina might well be here anyway.

What he was sure of was that Katerina in that last world needed him. He had to go back there. No matter how he tried to ignore it, Ian knew he was going to have to accept that even a reduced time frame between trips would not help him return to a previous life.

He wanted to flail about and curse, but the void he was in had sucked all anger out of him. Instantly, he had a sensation of collapse where anger should have been, and he felt all the more exhausted for it. More than exhausted. Diminished. As if his existence was less certain than it had been a moment before. The threat of losing not only his life but his entire existence to this void was filling Ian with a unique sense of fear.

No matter how much Ian wanted to help that unfortunate manifestation of Katerina, he had to accept the possibility that he might not even be able to help himself. Every emotion or thought he experienced seemed to take away more of his life energy.

The loss of energy from his feelings was worse than that of thought. Ian decided to clamp down on any emotion. Each time he got upset, he experienced an excruciating void in its place. Thus he knew he could not afford to allow himself to feel anything. So, he used the process of releasing emotion that he learned in his mediation practice. Just let it go, he told himself, breathe in . . . It was easier when he’d had the sensation of breathing to focus on.

Suddenly from nowhere, Ian was blindsided by a new rush of fear. What if I am dead? His emotions took off running. And the backlash of the emptiness that followed was unbearable.

Just then, Ian realized something positive. If he was hurting, he was not dead! For the first time ever, he was thankful he could feel pain. It allowed him to release the fear and drift in the void.

Thought did not have as negative an effect, Ian had noticed. He had only a slight twinge of pain after a thought. Still, he had to ration his activity. He decided that he had better focus any thought on getting himself out of whatever he had gotten into.

Ian was sure he had to be lost in-between. Djalma had warned him it could happen. “You could get lost in the transition,” Djalma had said. So, here he was, no good to Katerina or to himself.

Ian searched for an answer. Was there something else Djalma had said that might be helpful? He is a smart one, that Djalma, Ian thought. If he thought something would be useful, he would probably have repeated the phrase or idea more than a time or two.

His mind was proving particularly intolerant of limited sensory input. Ian’s thoughts alone were not providing enough stimuli. This had to be what it felt like to die, awareness collapsing in on itself.

Then Ian remembered: the Vow! Djalma had said to remember the Vow!

“Think on the Vow,” he told himself. “It doesn’t matter if it makes sense.”

Who could know about the Vow, except Katerina? Thinking of not being able to help her and her child caused Ian to feel pain again. For feeling that flash of sympathy, he suffered another ripping sensation of the void.

As loud as he could muster, he recited the Vow:

I offer this Sacred Vow to you alone. If ever you are in need, expect me to reach beyond possibility and take your hand. As you feel the warmth of our bond, know that you will never be forgotten, never be alone, and never be without this one enduring love.

Over and over, Ian repeated the Vow to himself. The rhythm of the verse was hypnotizing. Ian noticed that the darkness seemed slightly less oppressive.

Blurry light broke through to his eyes. A shadow appeared in front of him—a figure leaning over as to touch his head. It was the Katerina of the tea visions. Ian yearned to touch her . . . and he did not feel the pain of losing a part of himself!

“Oh, Ian, what have you done to yourself?” she said. “Go home and be healed. This is very dangerous for us. Come back to me when your spirit has recovered, dear one.” She fanned some herbal smoke across him, and Ian lost consciousness.

When he woke up, Ian saw that he was in his study, and that it was sometime during the day. Judging from the light in the windows, it was around midday. It had been early evening, right after work, when Ian had first entered into the meditation. He could not see a clock or even manage to raise his watch arm, so he didn’t know if it was the next day, or some day following. What he did know was that he was miserable.

Lying flat on the couch in his study, he tried to move. He knew he needed food, but the pain from the first attempt to stir almost made him sick. He gritted his teeth and tried to hold on to his awareness, but he could not. He blacked out again.

Next week is the Final Installment of the serialized portion of Sacred Vow, Woodland Soup

C.G. Walters primarily writes fiction that focuses on the multidimensionality of our loves and our lives.

Autographed/signed copies of his current novel, Sacred Vow, are available from the author– or purchase from Amazon as ebook , paperback

Please join me as a friend at any of my other favorite hangouts: Facebook, Gaia, Myspace, StumbleUpon, Friendfeed, Twitter, Plurk, or Digg

This is beautiful because I know *that place* (and subsequently my own version of "Katerina").
I wonder if you wrote this as a narrative or whether this is a report from a personal experience...

namaste, my friend.
My wife and I had a conversation of speculation--relationships across time and space. As a result, I opened my mind to contemplate and it resulted in many days of this experience as if I was living the story--or remembering it.
So I had (or have had) the experiences and transcribed them into the book

....Sacred Vow's sister novel--waiting for me to come to some understanding on the 'when and how' of my novels--is focused on dream.
I am very glad to come to know of you and your works.
joy and blessings,|
CG