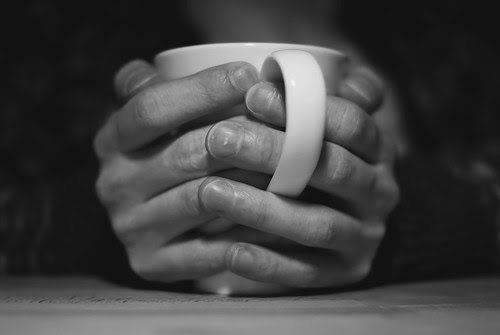 Classified as metaphysical fiction, Sacred Vow is a love story of a very unusual nature. …. Any new relationship has complications, and Katerina and Ian, the lovers in this story, are no different. However, there is one catch. Ian and Katerina are trying to build a relationship across dimensional planes; visiting each other through meditations and visions. Walters does a fine job of expressing not only the awkwardness of a new relationship, but the hesitancy anyone might encounter in trying to explain non-quantifiable experiences to those around them. —Kate Turner for New Connexion Magazine


Still unsure how to proceed without appearing unstable, Ian said, “Liz, have you ever had a possession, which seemed to have more to it than just its physical properties? It’s hard to explain . . . well . . . when you’re relaxed, quiet, and unguarded, it makes you feel as if you know something about its past? Or the people who owned it before?”

Liz’s response almost scared him to death. “Oh, you mean an energetic imprint? Energy stored in an inanimate object, which can affect those in contact with it?”

“Um-m-m.” He didn’t know how to respond. Liz smiled kindly, and then Ian knew she had not asked with any judgment in mind. Still cautious, he replied, “Ye-e-es. You could call it that.”

“I told you, I can be a surprise,” Liz said. “Now, sweetie, maybe we can have the conversation you came here for.”

Ian felt the tension drain from his shoulders. He could not say if it was because he finally felt relaxed about pursuing this topic with Liz, or if it was merely a result of exhaustion from trying to dance around the subject. One thing Ian was sure of, whether she thought he was crazy or not, he now felt much more at ease about asking his questions.

“Liz, when I asked to buy that teapot, it was only to remind me of the wonderful time that you, and your B&B, provided Beverly and me. I expected nothing more of it.

“But I soon began having a certain experience every time I used the pot in my study.” Ian paused to summon his courage. He started to speak to Liz of “visits,” but suddenly felt fearful, and restricted himself to calling them “visions” instead. His suspicion was that the concept of visions required much less indulgence on the part of the listener.

“I began to have visions of a woman, about my age, with long, auburn hair. She speaks, but I cannot hear her words. Crazy as it seems, I have to admit that I’ve come to an intense feeling of intimacy with her. I am certain, that in the deepest meaning of the word, I know her well.”

“And you think the woman in your vision has some connection with the woman who left the teapot?” Liz asked.

With this question Ian went from being afraid of sounding delusional to feeling shame for being ridiculously naive. “Well . . . yes. It seems so. Do you think that is unlikely?”

Liz topped off his tea. “This will go more quickly if I tell you a little bit of what I know about the pot’s previous owners.

“They were here about two months before your visit. It seemed they had some business in the area and used my place as a base. Though they stayed for three weeks, I did not see much of them. As I do with all my guests, I tried to make them comfortable and welcome. They did not want to be bothered. Even though they never expressed it in so many words, they made it clear they saw me as a servant, not as a friend or a social equal.

“After they left, I noticed that they had left behind a number of items, including the teapot. So I called to ask if they’d like me to ship the pieces home. The wife was indignant. ‘Oh, no! We left them intentionally. We only bought them because—because they were more—familiar,’ she told me.

“She stumbled over the words when she realized that she had been more truthful than she’d meant to be. It was quite clear that she liked those tea things better than the ones I had in the suite, but even they were not suitable for her home. I pitied her, despite the slight, and thanked her for her generosity.

“This lady looked nothing like the woman you’re describing in your vision. She was a good bit younger than you, though she acted older than both of us. She was short and thickset, had short, dark hair, well cared for, but with a style weighted on convenience. Her clothes were also more practical than becoming. In fact, passionless pretense seemed to be her defining focus.

“I think I’m a pretty good judge of character. My years of serving people have given me time to observe and to learn. I feel safe in saying that this woman, bless her soul, is a person so afraid of living that, if you were to tell her your story, even if she were single, she would do everything she could to have you put away—for presenting possibilities that terrify her.”

With the insight that Liz provided, Ian decided that it might be helpful to have some outside input on his experience. “Liz, what is your opinion of what I’ve told you?”

“Ian, I do not question your experience. I’m only telling you what you already know. Be careful to whom you speak of this experience. There are a lot of people who are more interested in maintaining the illusion of knowing than coming to any real understanding of reality. They will make every effort to stop anyone who upsets their self-deluding beliefs.”

Liz leaned forward quickly and said eagerly, “But all is not lost! I cannot help you much with your exploration. I’ve always preferred to spend my time with my flowers and my guests, rather than in explicit consideration of such things. But, I have a friend who can help you. This old fellow is a little unconventional, but he can give you just the kind of assistance you need for something like this.”

“That would be great, Liz! Thank you. Can we invite him over today?” Ian asked excitedly. No matter how peculiar this fellow might be, Ian felt like he was getting nowhere alone and he knew of no one who might be able to explain the kinds of experiences he’d been having.

“It’s not so easy as that,” Liz said. “But we are in luck. Normally, we’d have to traipse all over the woods trying to find my friend. He doesn’t have a phone, but I happen to know he is house-sitting this weekend for a neighbor, who does have a phone.”

Liz got up and went into the kitchen to make the call. Ian could see her through the double doors.

“I need a favor, darlin’. I have a friend here who could use your special help. He’s been having some unusual visits. Do you think you could see him sometime soon?”

Ian noticed Liz’s choice of the word “visits”. Was it merely coincidental? He had not used that word while talking with her.

Liz got a pad and pencil from a kitchen drawer. As she listened, she took notes.

“In two weeks? On Saturday?”

Liz looked at Ian for confirmation. He nodded.

“He says that’s good, Djalma. Do you need to go to his place? I can drive you. Ian lives several hours away . . .

Liz listened a minute and then said, “Okay, on the stone by the bridge . . .

“At seven in the morning? That’s a little early, sweetie. Are you sure?

Again Liz looked to Ian. Feeling he was in no position to bargain when asking a favor, Ian nodded while shrugging his shoulders.

“That will work,” she confirmed.

Ian could tell by listening to Liz’s side of the conversation that his meeting would be a challenging one.

“Ian says these visits started when he acquired a certain teapot. Should he bring it with him?” She paused. “No teapot.”

Liz returned her attention to Ian and gave him a questioning look. He knew of nothing else to ask, so he just nodded.

“Thanks, sweetie. He’ll be there. Again, his name is Ian. Stop by if you have questions later . . .

“You too.” Liz smiled widely. “What do you think about that cat of theirs? A real Buddha personality wouldn’t you say?”

She listened for a bit longer and then said, “Yes, amazing. Enjoy. Bye now, see you soon.”

Liz returned the phone to the cradle and brought her pad to the table.

Looking at his instructions, it crossed Ian’s mind to ask, “What if it is raining or snowing that day? It does that a lot in the winter here.”

“Djalma said there is no need to worry about that.”

The sheer certainty of her voice didn’t completely alleviate Ian’s concerns, but he could tell that was all the comfort he was going to get from Liz. She brewed another pot of tea, and they spent the rest of the afternoon chatting about other things.


During the next couple of days, Ian was too busy at work to even think much about his visit with Liz or the upcoming meeting with her friend. In fact, for some days Ian didn’t even have time for a cup of tea. It was just as well. He did not want to risk inadvertently doing additional harm to Katerina.


C.G. Walters primarily writes fiction that focuses on the multidimensionality of our loves and our lives.

Purchase as ebook , the Amazon Kindle version , or autographed copy.