“After all, what is reality except the ‘perception of choice’ at any given time?”--Djalma, from Sacred Vow by CG Walters 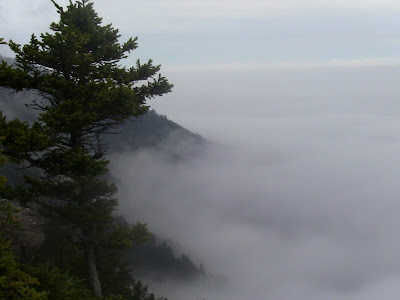 On my way to the mountain-top, Woody Ridge Trail,
Yancey County, NC, USA

After unexplainably being pulled into a series of visions/OBE, meeting a mysterious woman with whom he is immediately familiar, Ian Sarin has sought out a reclusive mystic, Djalma, for some explanation on what is happening and how. Ian sits by a woodstove in Djalma’s cabin, deep in the woods, and listens.

Djalma spoke with a tone of concern.

“What you have believed to be thoughtful furnishing of your home has actually been a bit of energetic alchemy. From what you tell me, you have been stirring this brew for a long time, and with some purposeful intent, though subconsciously.”

Ian’s confusion showed in his face.

“There is a single, all-encompassing energy field,” Djalma continued, “call it the Whole or the Absolute. Within this infinitude are a limitless number of overlapping subsets, let’s say segmented fields, that vibrate at unique ranges of frequencies. Each field is a separate reality, which more often than not remains unseen by any of the inhabitants of the other fields because of the frequency differences between them.”

“Everything that appears to be physical within a subset of a specific reality adds a unique energetic signature onto the base resonance of that field, while remaining within the defined range of that field.”

Ian nodded once, to suggest that Djalma go on.

“Let’s focus specifically on a single reality—our illusory, ‘physical’ reality. At the very least, those things we perceive as material will resonate according to their molecular makeup,” Djalma explained. “From there, every entity gives off emanations based on what it has experienced, no matter if it is physical or not, sentient or not. In addition to this vibration, those entities, which we recognize as living, stir in their own personality or nature, which can be, for example, predatory, genteel, or whatever.

“Additionally, the resonance one picks up from self-aware entities is very affected by their individual assessments of their own experience and by their sense of self.”

“Most people have some degree of sensitivity to these psychic emanations, which varies, depending on the situation and the range of vibrations they are naturally attuned to.

“These vibrations provoke the feeling of otherwise unwarranted pleasure you might experience when you meet certain people, or the sudden weakness that may come over you in a particular environment. When acquiring possessions, we’re sometimes attracted by the resonance of the item, rather than by its more commonly perceptible characteristics.

These emanations continue to affect us, and their surrounding environment, after we acquire the piece.”

“Now, more specifically to your situation—Theoretically, if one was able to attune one’s personal resonance to another range—by internal or external means—such a person could slip from one reality to another.

“Remember back when we were talking about a base range of resonance within a reality or field? Just as everything has its unique energy signature, a grouping of items within a certain space near each other will combine to produce a collective signature. To varying degrees, almost always unintelligibly, these collective signatures affect the reality experienced by anyone within the scope of their influence.

“Whether by the unlikely accident or subconscious intention,” Djalma said, “I’m content that you have constructed a collective signature within your study that is affecting your perceived reality—or rather, periodically expanding your perception of reality.

“Now remember I said the different fields or realities are almost always invisible to each other because of differing base frequency ranges?”

Djalma smiled and continued, “More than just unveiling something from the sensory fringes of our shared reality field, the collective signature of your study seems to have created a vibrational doorway, making it possible for you to move into another reality, an alternate or parallel life.

“There are an inestimable number of realities, overlapping the very space of this room and even our very bodies. We never become aware of them, though these worlds appear just as substantial to their occupants as we believe ours to be. Only the most achieved Masters and Adepts expand their consciousness sufficiently to achieve a glimpse across these boundaries. It requires a very precise balance of vibrational signatures, external and/or internal, to perform such a pass-through.

“It’s almost impossible to stumble across exactly the right combination to produce such an access. Even though you were not consciously aware of it, you did not stumble across this doorway. I believe your visitor is not a result of chance.”

“The energetic doorway in your study is doing more than just expanding your ability to see into this parallel reality. The experience could have been limited there. But your doorway appears to have allowed you at least a partial transfer, or fluctuation, between two separate reality fields. Your ability to perceive this other reality makes it as real and accessible as the one you and I interact in right now.

“After all, what is reality except the ‘perception of choice’ at any given time?”

I really enjoyed the video and then reading the text. Although very metaphysical it makes compete sense to me that with practice and training you could open that doorway into another overlapping reality. I am sure many of our unexplained emotional experiences arise from this "fluctuation" between realities.

And the last sentence is a perfect finish to the article because it leads you on into you own vibrational pondering.

As you know I am a big fan. Thanks for the great video and article.

Thank you, Nick.
Many blessings and a wonderful weekend, my friend,
CG